“To make hanbok a daily life item.”
Behind the scenes, there was an extraordinary affection for uniforms in each field and an effort to go beyond the everyday clothing of the general public.

We proposed a new style for taekwondo poomsae uniforms in 2006 that were officially approved by the World Taekwondo Federation (WTF) in 2011.
The poomsae uniforms were commercialized as official uniforms to people practicing taekwondo all around the world. 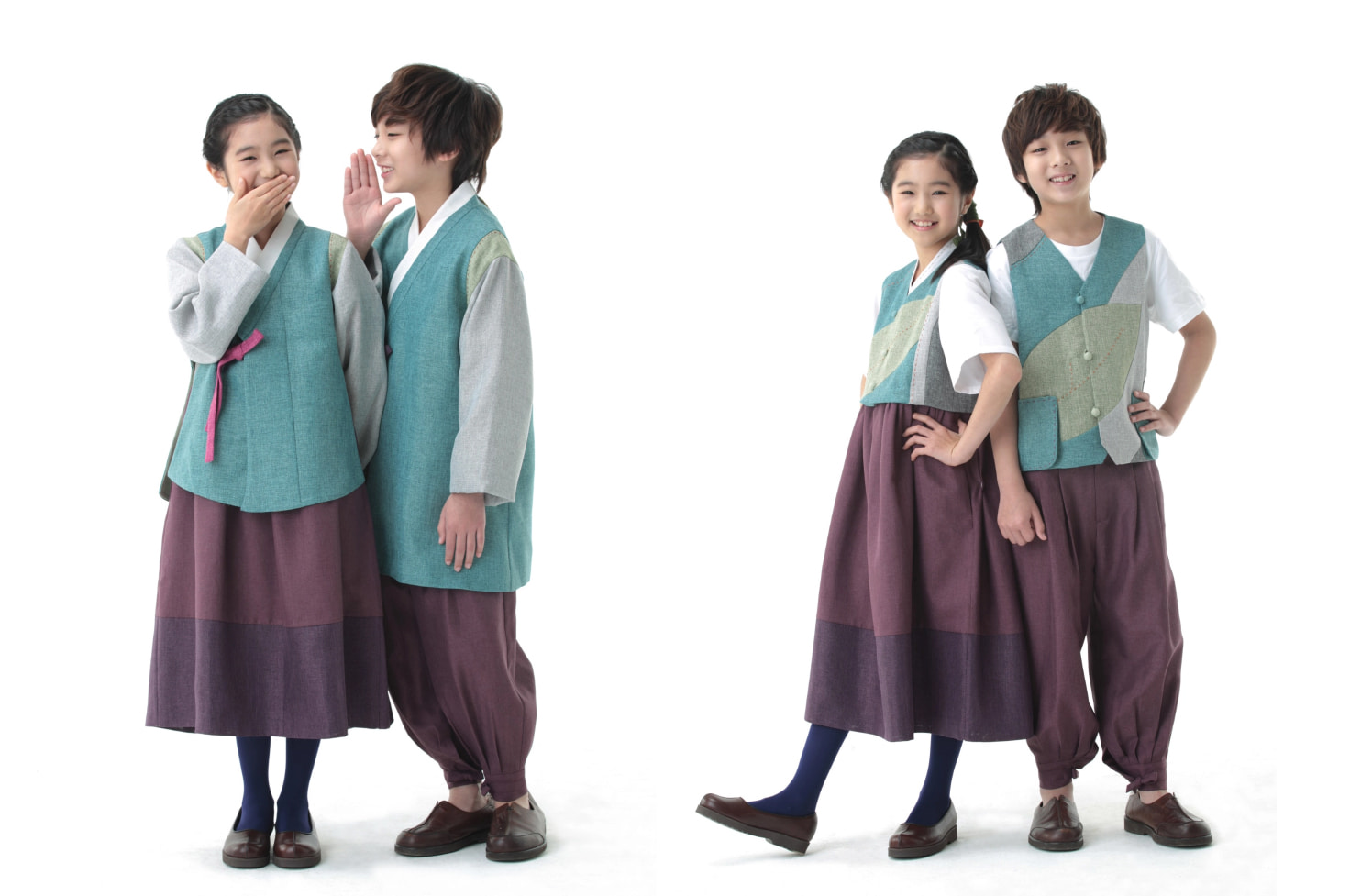 We also wanted to make clothing that incorporated the style of hanbok for children and teenagers, the future leaders of the world.
We think it is most important to make sure that you can wear a hanbok comfortably not only on special occasions but also in everyday life.
That is why we started making kindergarten uniforms in 1997.
We challenged ourselves to create uniforms for elementary, middle, and high schools as well and have been doing so since 2003. 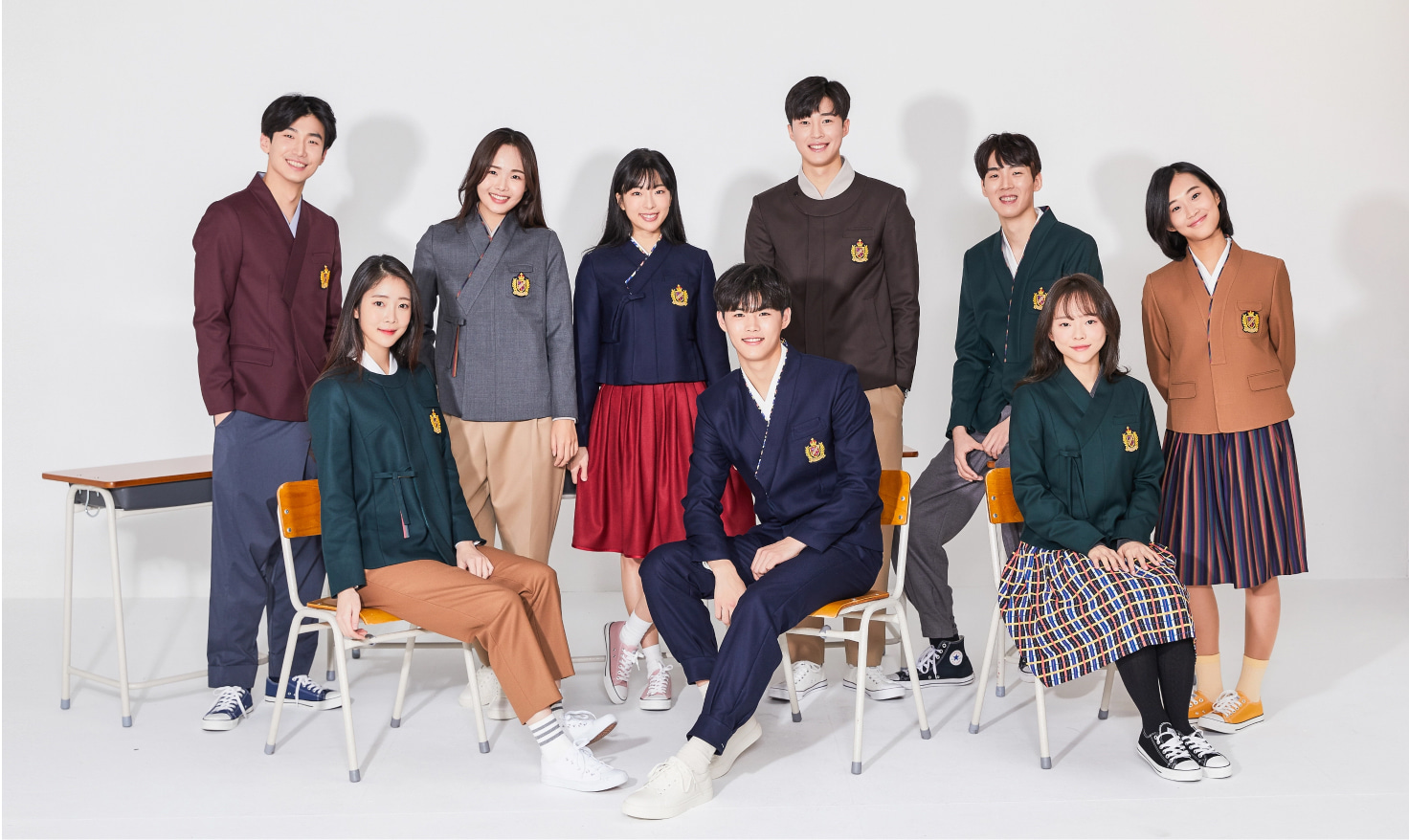 We provided designs for the Ministry of Culture, Sports and Tourism and the Ministry of Education’s recent core cooperation project,
the Hanbok Uniform Design Project. Currently, more than 20 schools have adopted hanbok uniforms.

We have been working hard to incorporate the hanbok in a variety of stage and performance costumes.

In the future, we plan to challenge ourselves to create uniforms in a wider variety of fields as we continue our efforts to return the hanbok to everyday life.